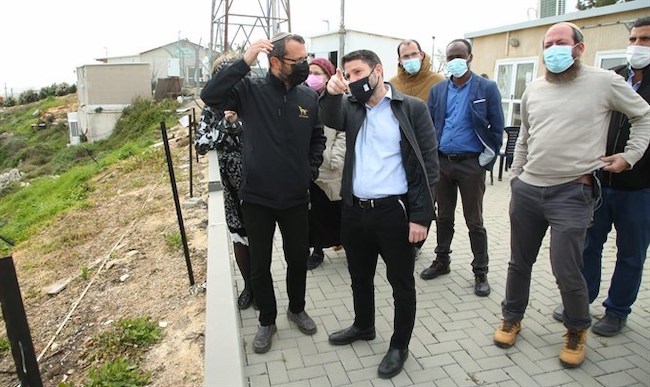 The party members met residents of the young localities Achiya and Aish Kodesh. The young residents demanded a clear promise regarding building communities with the formation of the next government, after the current government refused to approve regulating the localities.

During the tour and meeting, party Chairman MK Smotrich stated that as part of coalition agreements, the party would demand that the government immediately approve the proposal for ‘settlement’ that was not approved about a month ago. They also want the government to approve budgeting for a new administration to regulate ‘settlement,’ similar to the existing one for the Bedouin in the Negev.

“Residents of Judea and Samaria are not second-class citizens,” said Smotrich. “In recent months, Minister Gantz has been torpedoing regulating young settlements for political and campaign reasons. Israeli citizens aren’t political tools. The heroic settlers are equal citizens without equal rights. Electricity, water, infrastructure aren’t luxuries but a basic right. Arranging settlement is a task of paramount importance and we are committed to addressing it from the very first days of the Right-leaning government that will be formed.”