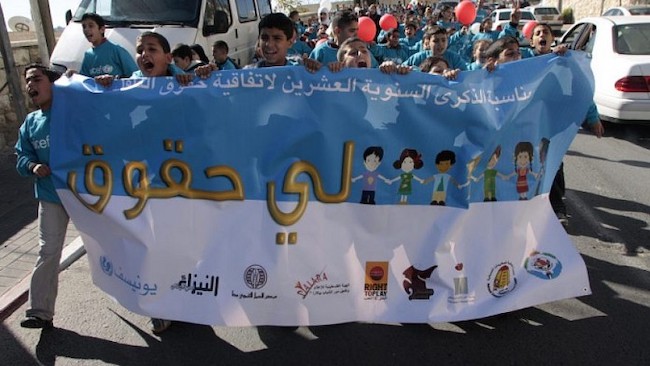 Palestinian Authority and international NGOs, funded by European governments and working in tandem with the United Nations International Children’s Emergency Fund (UNICEF), have launched a campaign seeking to trigger U.N. sanctions against the Jewish state. This information was released in a report published last Thursday by NGO Monitor.

According to NGO Monitor, UNICEF’s Gaza and ‘West Bank’ branch has “built an extensive campaign, using false charges of abuse of Palestinian children in the effort to trigger sanctions against Israel.” They have prioritized including the IDF on the list of child abusers on a list published annually by the UN Secretary General.

During his tenure, President Donald Trump thankfully cut off funding to the tune of $360 million a year to UNRWA. But anti-Israel forces used other funds to demonize her. Biden is looking to restore millions in aid to organizations such as UNRWA that teach hatred of and terror against Israel. Biden is delusional and should think twice about restoring funding. Given the administration he has assembled, with so much hostile-to-Israel staff, we remain concerned.