More On The Folly Of The “Two State Solution”
Tel Aviv skyline, from the vantage of what would be “Palestine”

Martin Sherman has an important article with eye-popping photos showing how dangerous an Arab state in Judea and Samaria would be to Israel. Of course, Israel at its narrowest would be nine miles wide, and much of its population and infrastructure would be within easy range of small arms, not just heavy guns.
Please read his article here, focusing on the photos.
A MUST READ:”Palestine” – The perils in pictures 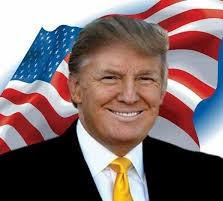 Throughout the years, AFSI has traveled throughout Judea and Samaria, and those who have participated in an AFSI chizuk mission are well aware of the precarious situation Israel would be in if it surrendered land in Judea and Samaria. “Folly” does not describe what would result. “Suicide”, however, does.
President-Elect Donald Trump will be sworn in as the 45th President of the United States tomorrow, Friday, January 20th at 12:00 PM Eastern time. This will officially end the Obama era of the past eight years.
Trump, of course, has promised radical change (and hope), and all indications are that he is eager to reset the relationship with Israel, which suffered under the Obama administration. We are excited about the transfer of power in Washington and about a number of his high level appointments to-date, and what this can potentially mean for Israel and her attempt to finally achieve full sovereignty over the Land of Israel, including Judea and Samaria, with the recognition of all of Jerusalem as Israel’s capital.
Given the excitement and expectations Trump has generated, there is, of course, tremendous opposition to him personally and to his plans to remake America, and what it means for America’s place in the world.
Although we look optimistically toward a Trump administration, we have counseled caution, as Trump himself is a relative unknown entity and a neophyte when it comes to politics. And, decisions are not made in a vacuum, as realpolitik inevitably enters the equation.
Thus, given the positives, and there are many, the Trump administration will have to factor in the existing US relationships with Arab and Muslim countries, European nations, Russia, China, etc. And although Obama will no longer be a resident of the White House, he will continue to be a resident of Washington, where no one expects him to retire, fade into the sunset and write his memoirs. The radical left is angry, energetic and looking for ways to confound Trump’s every move. We should not be surprised at, and prepared for, attempts by the left to raise the specter of Trump the puppet, being controlled by Jews behind the curtain pulling his strings.
As President-Elect Donald Trump takes the oath of office tomorrow, we wish him success, as his success means success for our nation and people.
Help Keep Israel Safe – Donate Now
Scroll to top