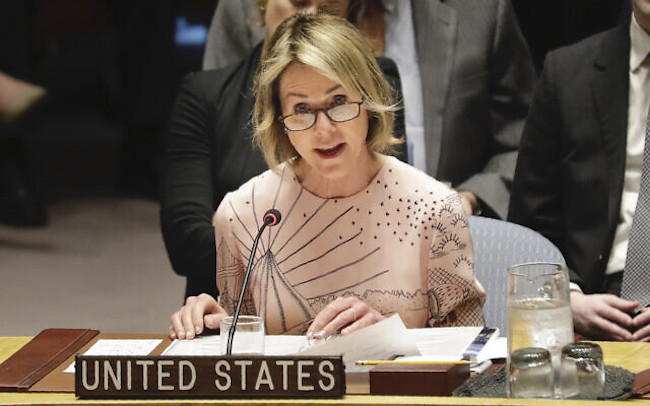 As the normalization train between Israel and Arab nations moves forward, the most pressing question is when, not if, another country jumps aboard.

United States Ambassador to the United Nations Kelly Craft said in an interview with Al-Arabiya Wednesday that another normalization agreement between Israel and an unnamed Arab country will happen in the next day or two.

During the interview, Craft said regarding US intentions on pushing forward Middle East peace in the Arab-Israel conflict that “our plan is to bring more countries…which we will have more being announced very soon…”

Watch the full interview with Ambassador Kelly Craft below.