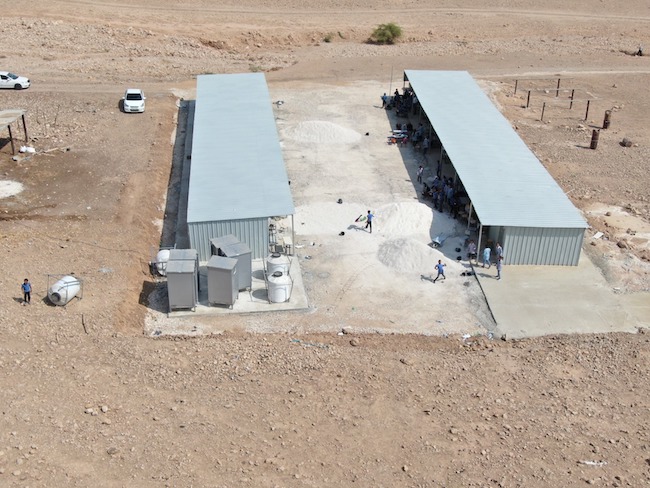 New PA School in the Jordan Valley is Illegal
One more illegal school joins the rapidly growing roster of similar structures built by the Palestinian Authority at lightning speed.

The newest to join the ranks is an illegal school built overnight – literally – in the Jordan Valley.

Regavim: “While the Israeli government chatters about sovereignty in the Jordan Valley, the Palestinian Authority is hard at work building a de facto state.”

UNTSO Compound in Armon HaNatziv
The Israeli government announces “understandings” that would place the United Nations above the law and waive Israeli sovereignty in Jerusalem.

Regavim’s petition regarding the UNTSO Compound in Armon HaNatziv continues.