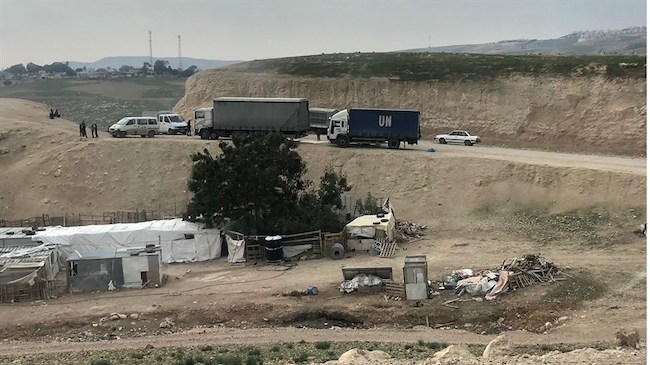 The Jerusalem Suburbs Forum sent a letter this morning to Israeli Ambassador to the United Nations Gilad Erdan after discovering that UN resources are being used to support illegal encroachment on state-owned land.

In their letter, the residents explain start off, “We, the residents of Kfar Adumim, Alon, Nofei Prat, Mitzpe Yericho, Maale Michmas and Mitzpe Dani, live on Route 1, south of Jerusalem. For over a decade we have been facing encroachment by the Palestinian Authority on this important national throughway. In response, we created a joint committee, named the ‘Jerusalem Suburbs Forum’ to fight the illegal encroachment on state-owned land and Area C.”

They also asked Ambassador Gil Erdan to use all tools at his disposal to stop the illegal activity.

The United Nations continues to violate Israel’s sovereignty as it enables the law to be broken time and again. We applaud the residents for forming the Jerusalem Suburbs Forum to fight for their rights on legally owned Jewish land. This is Zionism in action.