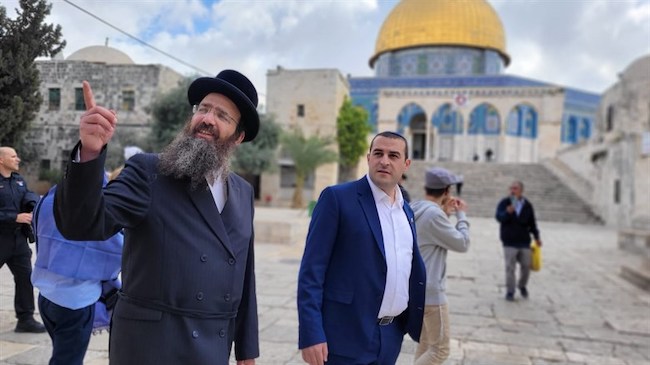 Officials in the Shura Council, the Ra’am party’s religious advisory body, are promoting a resolution to force Ra’am to immediately resign from the coalition. This is while party chairman MK Mansour Abbas is abroad.

According to the report, the move is being promoted following remarks by Interior Minister Ayelet Shaked and MKs Nir Orbach and Yomtob Kalfon regarding the ascension of Jews to the Temple Mount during Independence Day. Additionally, clashes that broke out there this morning between Muslims and the police also caused parts of the council to intensify their demand to withdraw from the coalition.

A party that sits in the Israeli government and is connected to terrorists that instigate violence when Jews ascend the Temple Mount and ultimately seeks the destruction of Israel, should not be there at all. We would welcome to exit of the Ra’am party from the government’s coalition.