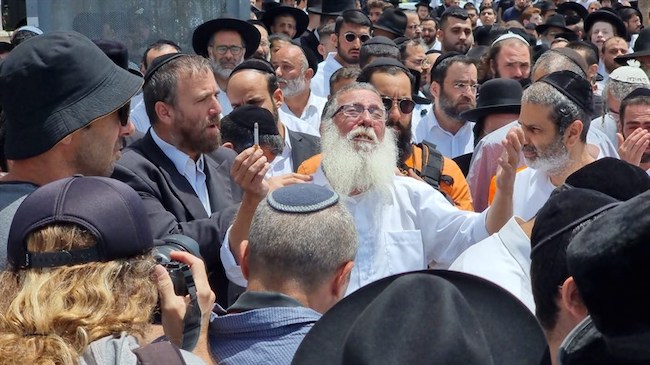 Three people were killed and four others injured in a terrorist attack in the Israeli city of Elad near Petah Tikva towards the end of Yom Ha’Atzmaut last week.

Some have described the aftermath of the scene of the terrorist attack as eerily similar to the dark days of Israel’s history.

A deadly terror attack was stopped Sunday night when a terrorist was shot after he attempted to infiltrate the Gush Etzion town of Tekoa. The terrorist was armed with a knife but shot and killed by a member of the community’s local security force.

A gunfight between terrorists and the IDF took the life of an Al Jazeera reporter. Gantz has asserted that the fatal shot was fired by an Arab, but who knows what is being reported in the world press. One thing is certain, the fight was initiated by terrorists.

Would things be different, could they be different if all Jews were armed to defend themselves? We may never know. One thing we do know is certain – Israel’s leadership has weakened terribly and its failures are at the expense of the Israeli people. The shedding of Jewish blood must stop!

Our thoughts and prayers are with the victims and we pray for the recovery of those wounded. May the families and all of Israel know no more sorrow and be returned to normalcy in their daily lives.

Sources:
3 dead, 4 injured in terror attack in Elad in central Israel, by Anna Ahronheim/Jerusalem Post, May 5, 2022

US condemns killing of Al Jazeera journalist, by Israel National News, May 11, 2022