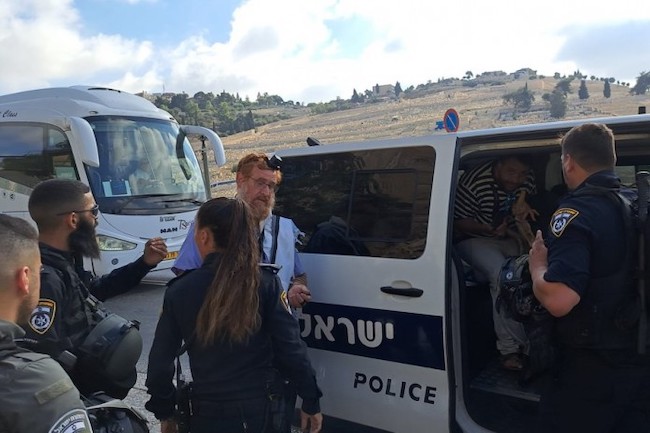 The Jerusalem Magistrate’s Court ruled Monday that it is permitted to blow the shofar and perform religious rituals at the Eastern Wall of the Temple Mount without interference. This ruling rejects police claims of provocation and disrupting public order following the arrests on Sunday of Temple Mount activists, Yehuda Glick among them, for blowing the shofar there.

No sooner than the court issued its ruling, and in an act of blatant disregard for the rule of law, the very next day police arrested a group of Jews blowing shofars outside the walls of the Old City of Jerusalem.

Without compromise, Israel must make it clear to its security forces that asserting Israel’s legal right to the Temple Mount and to the free exercise of religion overrides all politics. Order must be enforced and sovereign rights exercised to avoid a Muslim takeover of this holiest site.