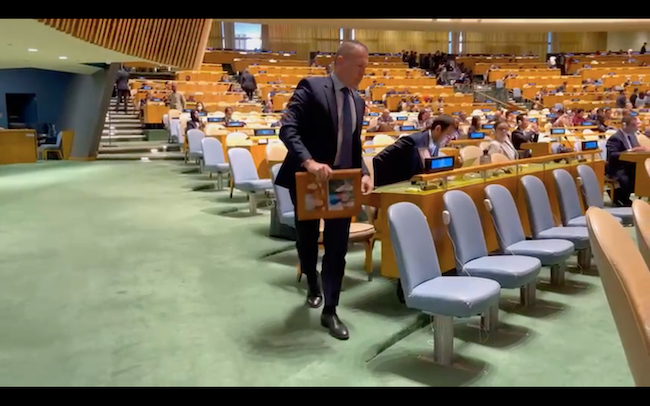 Erdan said, “It is a new moral low for the UN. A mass-murdering Holocaust-denier gets the podium at the UN to speak his hatred. Every ambassador that stays to hear him should be embarrassed.” It represents a “new low” for the world body to be addressed by someone with a record of human rights abuses and Holocaust denial such as Raisi.

We applaud Ambassador Erdan for taking a stand against Raisi’s presence at the podium. The United Nations has bowed to evil by giving Raisi an extremely high profile public platform to spew his hate filled rhetoric and twisted, sick versions of the truth. He never should have been allowed to speak and nothing good will come of this. By allowing Raisi to present at the General Assembly, the UN gave a green light that legitimizes Iran and its threats and nefarious activities against Israel – and the world.