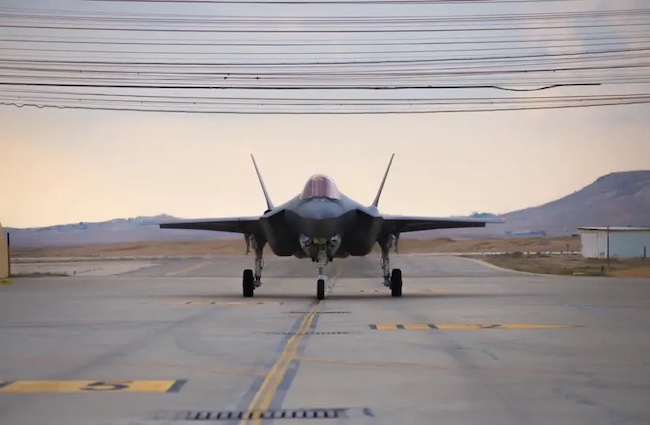 Late Monday night, the Israel Police and IDF began a joint chase for multiple suspects who broke into the Nevatim Israel Air Force Base. The vehicle is believed to have been driven by two or three Bedouins.

Regavim in Israel commented on the matter:

The State of Israel has been ignoring the cracks in law and order in the Negev for so long, they’ve become a “grand canyon” – and tonight’s events in the Negev prove the point.

In the last two weeks alone the Negev has seen horrific and varied forms of criminal behavior: The shocking sexual assault of a little girl in her home, the break-in at the Israel Air Force base at Sde Teiman that included a stun grenade attack on our soldiers, a string of robberies in Be’er Sheva that were caught on film and uploaded to social media, the desecration of a Jewish cemetery, a massive ammunition heist, and now, a break-in at the Nevatim base, where Israel’s top-secret aeronautical technology is housed.

It’s time for the State of Israel to draw a line in the sand. For the sake of each and every citizen of Israel, we demand that the government formulate a comprehensive, non-negotiable solution to the problem of Bedouin crime in the Negev.

Bedouin bandits infiltrate IAF base at Nevatim, by Regavim. February 9, 2021