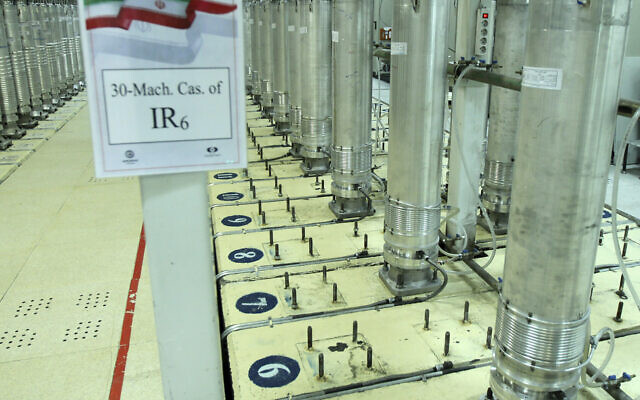 Israeli military estimates Tehran is at least two years from an atomic bomb from the moment it decides to ‘break out’, says Islamic Republic is desperate for a deal with US.

Military Intelligence believes that a new nuclear agreement that prevents Iran from ever enriching uranium up to the 90 percent level needed for a nuclear weapon is feasible. It would also alleviate some of Jerusalem’s primary concerns.

This view, presented as part of the Israel Defense Forces’ annual intelligence assessment, comes as the Biden administration considers a return to the 2015 nuclear deal or, potentially, the negotiation of a new accord. The Israeli military, Times of Israel has learned, regards an eventual US return to the deal as a near-certainty.

At this stage, the Israeli military assesses that Iran is still roughly two years away from being able to create a working, deliverable nuclear weapon. This is roughly the same timeframe it estimated last year despite the Islamic Republic’s stockpiling and enrichment.

The current US administration is determined to return to the negotiating table with Iran, and Israel remains open to that possibility but steadfast that its demands be met.

Iran has reached a historic low point thanks to the campaign the IDF (and the previous US administration) has been waging against it in recent years.

AFSI remains troubled by the delusional position of the Biden administration. The truth has not changed: Iran remains the number one state sponsor of terror. It seeks the total destruction of Israel (and the Great Satan – the US). They cannot be trusted, nor should they be appeased, with any offer of a re-negotiated “deal.”