Community of Efrat,
south of Jerusalem, between Hebron and Bethlehem

Soon enough, details will emerge about the meetings being held between U.S. administration officials and Israeli leadership. The press is reporting that the two parties are nearing an agreement on a slowdown in Israeli “settlement” growth in Judea and Samaria, with PM Netanyahu rejecting any claims of limitations on Jewish development and growth in Jerusalem.

Times of Israel: Netanyahu: ‘Significant progress’ in settlement talks with US

Haaretz, via Israpundit: Netanyahu Says Construction in Jerusalem Settlements Off the Table in Talks With White House

The Haaretz article ends as follows:

This is tremendously disappointing. Haven’t we been down this path during the past eight years of the Obama administration? Why is Trump forcing Israel to make tangible concessions in advance of any negotiations?

Why must Israel show “goodwill” to advance a phony peace process? Israel has offered significant concessions time and again, only to be rebuffed. Abbas does not want to negotiate; all he wants is for the world to impose a “solution” on Israel. What about a little goodwill from the Arabs who refuse to even recognize Jewish sovereignty anywhere west of the Jordan River?

Why does Israel need permission to build in its own country? Israel should go full speed with its building, warning Abbas that the longer he refuses to change the charter and continues to incite terrorism, and continues to educate the children to become suicide bombers, etc., the further away he will be from any kind of “peace” with Israel. It is the PA that has to show commitment, NOT Israel.

The Jerusalem Post has a report detailing “settler” housing starts and completions from 1997 to 2016. Of all the problems worldwide, with hundreds of thousands of innocent civilians murdered, and millions left homeless, the world shows a fanatical interest in the number of bedrooms and bathrooms being built to accommodate Jews. 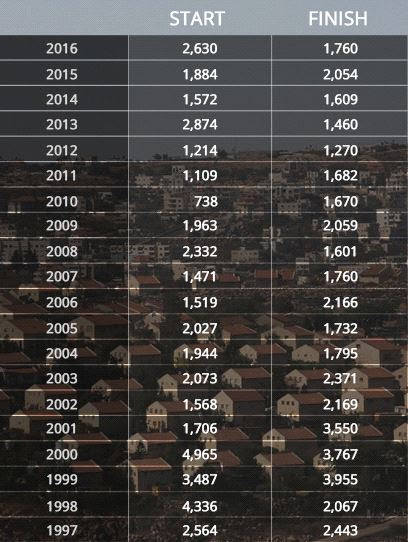 In addition, there is the need (and the room) for 10 times the number of housing starts per year, if only all restraints were removed. Should we be satisfied with the numbers in the chart above, when so much more is needed?

As we have written, PM Netanyahu will need to make serious decisions shortly, as he may no longer be able to maintain the status quo much longer. Even with a friendly administration in Washington, it is evident that Israel must develop its own strategy, taking into account its own interests and needs in a very dangerous neighborhood in which it lives.

Two friends of AFSI from Israel were in Texas the past few days, visiting with AFSI’s North Texas Chapter Chair, Ann Stacy and supporters.

Marc Prowisor, security expert from the Shiloh Region and the Security Projects Director for the One Israel Fund, talked security and shared notes with Dallas law enforcement officials.

David Wilder, Hebron activist leader met with supporters of AFSI in the Dallas community and reviewed current events in Israel.

Thanks and kol hakavod to Ann Stacy for her leadership and support of Israel!

Thanks to Marc Prowisor and David Wilder for giving of their time and sharing the latest with AFSI and Israel supporters in Texas! 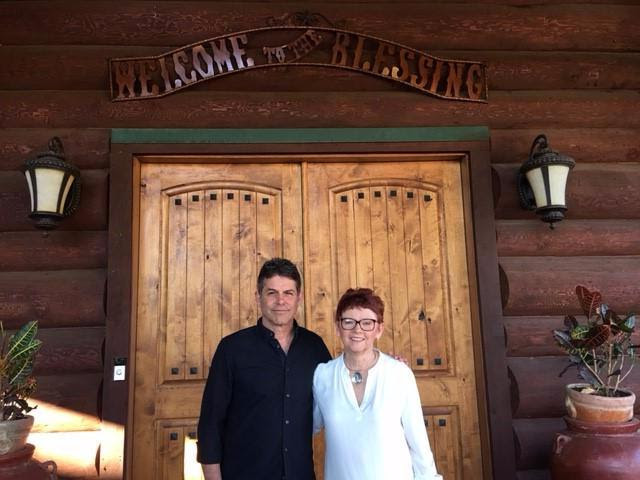 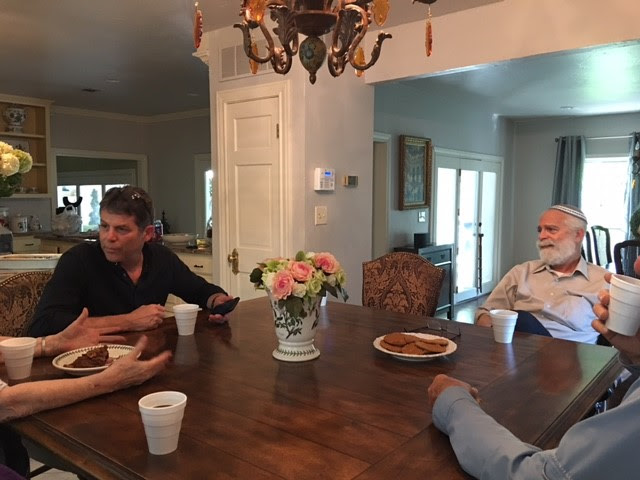