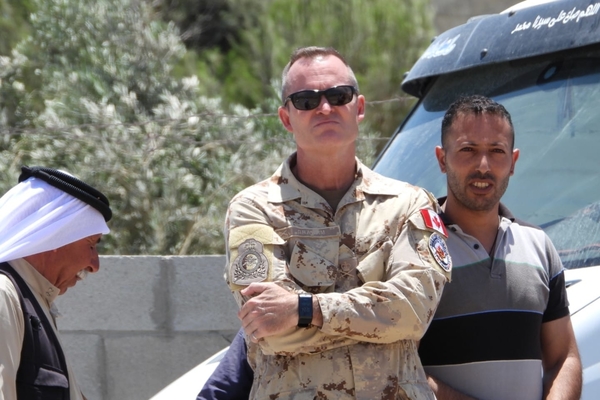 What on earth is Canada’s military doing patrolling in and meeting Arabs in Area C?

In recent weeks, a delegation of senior Canadian military personnel has been documented patrolling in uniform in Area C in Judea and Samaria, including at an illegally-built structure. They were caught in two places in Gush Etzion: Carmi Tzur and again meeting with Arabs near Kisan.

The ongoing illegal PA land grabs of Israeli land in Area C along with illegal Arab construction has grown enormously over the years and now Canada appears to be a willing partner working against Israel. We can find no further information yet on why this is happening and find it disturbing. Meir Deutsch, Regavim’s Director-General said, “as long as the State of Israel sees itself as a guest in Judea and Samaria and does not conduct itself as the landlord, the rest of the world will also see the State of Israel as a guest and not as the landlord.”