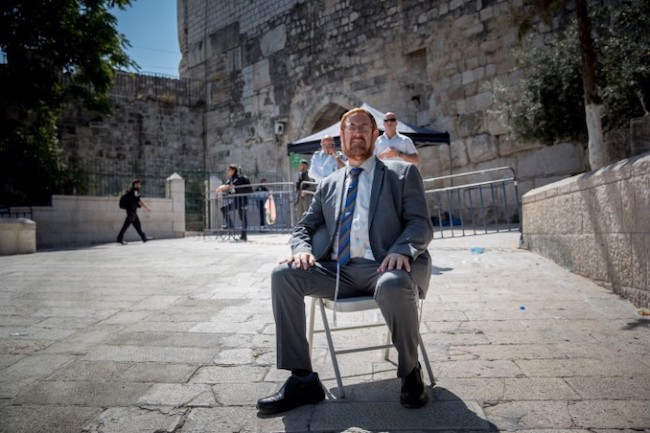 Jerusalem Magistrate’s Court Judge Miriam Kelsey ruled that Arin Za’anini should compensate former MK Yehuda Glick for attacking him in June 2020. Glick was comforting members of the Al-Halak family whose son Iyad had been shot by police. The attacker was also sentenced to five months in prison.

Former MK Yehuda Glick said, “The court determined the amount of this compensation following a civil lawsuit I filed through attorney Haim Bleicher of the Honenu Association. It is a drop in the ocean compared to the suffering and humiliation I experienced.”

Attorney Bleicher who represented Glick said, “We welcome the judge’s decision to order the attacker to pay compensations. Let every attacker and harasser know that they would pay out of pocket for harming Jews. We hope this punishment will deter potential attackers, who will think twice before daring to carry out any attack.”

AFSI applauds Honenu for its successful defense of Yehuda Glick. Let the outcome of this case reverberate loud and clear to the enemies of Israel.