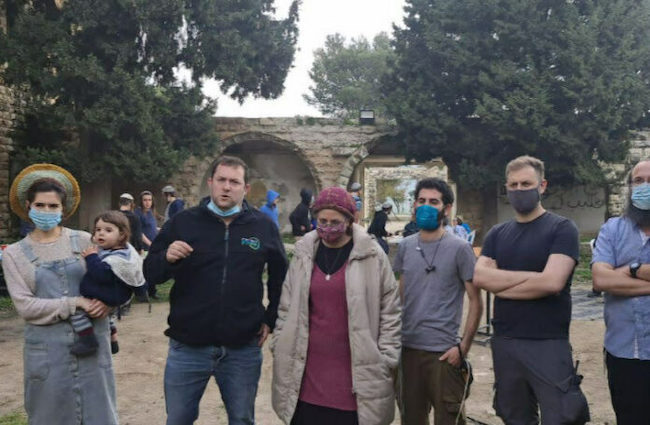 The IDF evacuated activists from the ruins of the former Sa-Nur community. The action came after Prime Minister Benjamin Netanyahu failed to heed a call to allow Jews to remain at the site.

Jews in this community had ‘illegally’ entered the site in the predawn hours. This was a challenge to Netanyahu to prove he is truly a right-wing leader with the hope that he would allow them to remain rather than risk a forced evacuation. They demanded that Netanyahu agree to rebuild that community and three others in northern Samaria that Israel destroyed in 2005 as part of the Disengagement Plan.

“We call on Netanyahu to begin his fully Right [government] already today, and not to wait until after the elections,” the activists said in a statement they issued from the site. “Stop the evacuation,” Samaria Regional Council head Yossi Dagan said, in a message aimed at Netanyahu. “Allow the families to stay and resettle Sa-Nur.” Dagan himself is a Sa-Nur evacuee. “Let us return home,” he added.

Israel has just one week before the country’s March 23 election and where are we in our quest for Sovereignty? Not close at all it seems. But for the sake of our friends in Judea and Samaria, we remain steadfast in our commitment to and hopeful that Sovereignty is not far off on the horizon.