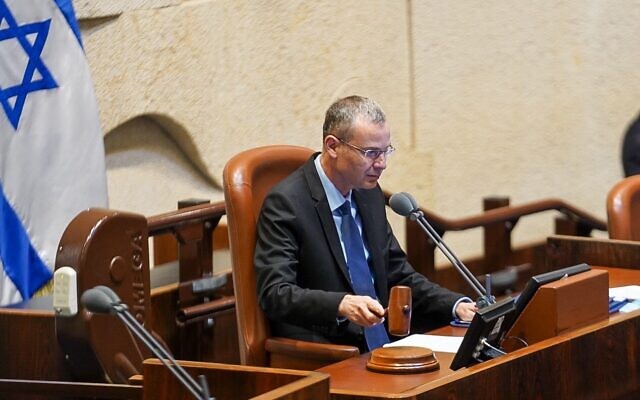 Knesset Speaker Yariv Levin formally notified the parliament on Monday that Yesh Atid party leader Yair Lapid has succeeded in forming a new power-sharing government within the time allotted to him by President Reuven Rivlin. However, he didn’t give a date for the swearing-in, which must by law take place no later than June 14.

The move was widely seen as an indication that Levin is trying to delay the swearing-in as much as possible in order to give the premier’s allies time to foil the coalition by persuading prospective right-wing members to jump ship. Levin is a loyalist of Prime Minister Benjamin Netanyahu in the Likud party.

Israel’s new government is facing a crisis of legitimacy Naftali Bennet’s party won only 6% of the vote. He is set to take the reins of government, while the party that won the most votes is being pushed out of office and into opposition. The crisis is exacerbated by the fact that Bennett betrayed most of his promises to his voters, including a pledge not to govern with Yair Lapid of Yesh Atid, or with Arab parties. Let’s not forget that several Yamina members like MK Ayelet Shaked, are under heavy security due to public outrage and death threats over forming an alliance with the Arab Ra’am Party. The public outrage is such that Israel’s security officials are worried it will turn violent. Critics on the right of the political spectrum are being silenced. Why?

If a vote is reached to swear-in Bennett and Lapid, what is on the horizon for the Israeli people? Getting ready for change is always a challenge but facing the prospect of concessions to Arabs and a loss of Sovereignty of the land and its people hang over Israel now like a dark cloud. With this entire process in crisis, can the Bennett – Lapid government really be called a Unity Party?

What sort of government are Lapid and Bennett forming?, by Caroline Glick/Jewish News Syndicate, June 7, 2021