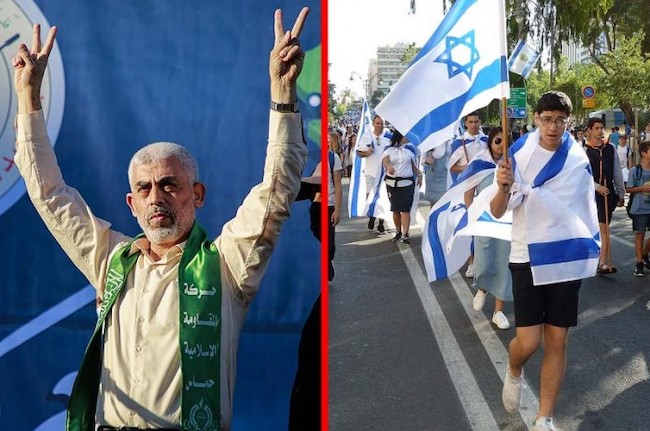 Israel Police held a meeting today with the organizers of the flag parade, which was scheduled to take place on Thursday in Jerusalem. The organizers were informed by Commissioner Kobi Shabtai that the parade would be canceled entirely.

Senior Police Jerusalem District officials met Monday with the parade organizers to discuss changing its route. According to one source, the police intended to allow only MK Itamar Ben-Gvir to march under heavy security in keeping with his parliamentary immunity, and not any others besides him.

Chairman of the Religious Zionism party MK Bezalel Smotrich was livid on Monday and issued a statement saying: “A shameful surrender to terrorism and Hamas threats. The police commissioner is unable to defend marchers with Israeli flags on the streets of Jerusalem and is unable to protect the Jewish residents of Lod, Ramla, and Acco. Now he is also making Yahya Sinwar the one who runs Jerusalem. The people of Israel are alive and worthy of a different leadership. Stronger and more determined. We will continue to march proudly through the streets of all of Jerusalem and settle everywhere in it we want.”

Smotrich’s partner, Otzma Yehudit chairman MK Ben-Gvir released a similar statement: “The police commissioner surrenders to Hamas and folds the flag. I plan to walk the full route on Thursday.”

Israeli Security forces exist for the purpose of providing security to the Israeli people at a time like this, not to bow down to terrorists. Is this the type of decision that can be expected in a Unity government? The cancellation of Flag Day is a blatant threat to Israel’s Sovereignty. Period.