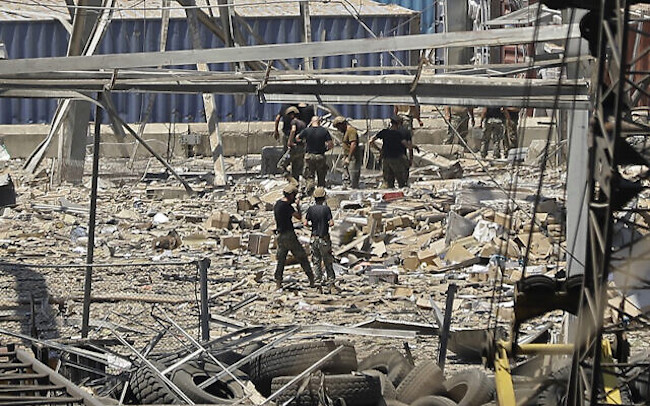 The explosion in Beirut earlier this week is beyond catastrophic. At least 137 people are dead, with hundreds more feared dead. US and French citizens are among those reported as casualties and over 5,000 are reported injured. Hundreds of citizens are now homeless.

The investigation is focusing on how 2,750 tons of ammonium nitrate, a highly explosive chemical used in fertilizers, came to be stored at the facility for six years, and why nothing was done about it.

The ammonium nitrate stockpile is that which Hezbollah has threatened time and again to unleash on Tel Aviv.

In the aftermath of the explosion, Israel estimates that the likelihood that Hezbollah will carry out its threats to harm Israel have dropped significantly. The risk of Hezbollah confronting Israel is considered too high after the disaster.

Israel’s doctors have gone above and beyond in reaching out with medical assistance. They have implored the Lebanese people to accept their expert help. Israel’s humanitarian spirit applies to all in need.

Hezbollah has been a long-standing threat to Israel. But in this case, the harm Hezbollah has long wished to inflict on Israel has only returned bad energy back to them. As the old adage says, what goes around comes around.