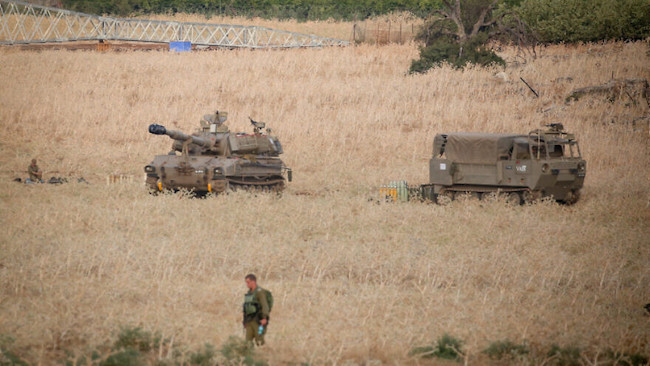 Soldiers from the Maglan special forces unit and unspecified aircraft opened fire at the four suspects, some of whom were armed, killing them all, IDF Spokesperson Hidai Zilberman told reporters Monday morning. The army also released video of the incident, showing figures approaching a fence near the border and being hit with a missile.

IDF forces conducted a tour of the area today where the bomb was thwarted last night. Weapons and a bag were found, containing a number of explosive devices that were ready to be used against an IDF force, 25 meters from the perimeter fence, inside Israeli territory.

Despite all of this, no Israeli soldiers were injured. Life for the residents of the Golan continues as normal. Israelis are a resilient and amazing people. We say this is a miracle and we are thankful.

For an insider report, Golan resident Yaakov Selevan shares a Facebook post to let us know how the community fared during this security breach. Listen to Yaakov HERE.