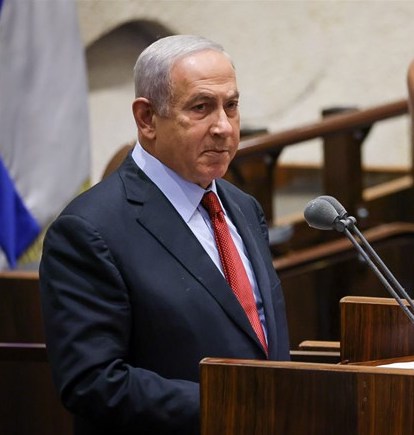 Earlier this week, former Prime Minister Benjamin Netanyahu attacked Prime Minister Naftali Bennett in the Knesset plenum over the conduct of his government during the current wave of terrorism.

While earlier reports indicated the end of Bennett’s leadership could happen sooner than we think, updated reports now tell a different story. The Likud party yesterday pulled its bill to dissolve the Knesset after Ra’am chief Mansour Abbas announced that his party will return to the coalition and fulfill its related obligations. With Ra’am’s four MKs, the coalition is back to a 60-60 seat parity with the Likud-led opposition, foiling the opposition’s bid to pass a preliminary reading on Wednesday of a bill to dissolve the Knesset and force elections. Had the opposition brought the measure and failed, it would have been unable to bring a similar bill to a vote again for six months.

Abbas has been meeting with King Abdullah of Jordan and Recep Tayyip Erdoğan of Turkey. His only interest is the destruction of the Jewish State. Recent polls show that 75% of Israeli Arabs believe that Israel has no right to exist.

With the help of a terrorist party in the government that will give Bennett another chance, Bennett is once again dependent upon Arab support to keep him in place as prime minister. Although he is calling for the formation of a “National Guard”, Bennett is not fighting the string of terror threatening Israel and so the defense of the country is compromised. There is no strength and determination coming from him. Sadly, Bennett’s capability to lead Israel has proven a failure. It’s time for him to do the right thing and step down without delay. If Bennett does not do a complete turnaround, make good on his campaign promises and do what he was voted in to do, a new election will certainly be the path forward. From our viewpoint a collapse of this government at some point is inevitable.

Likud pulls bill to dissolve Knesset after Ra’am gives coalition another chance, by Carrie-Keller Lynn/Times of Israel, May 11, 2022

Abbas Saves Bennett’s Hide: We’ll Give the Coalition Another Chance, by David Israel/Jewish Press, May 11, 2022