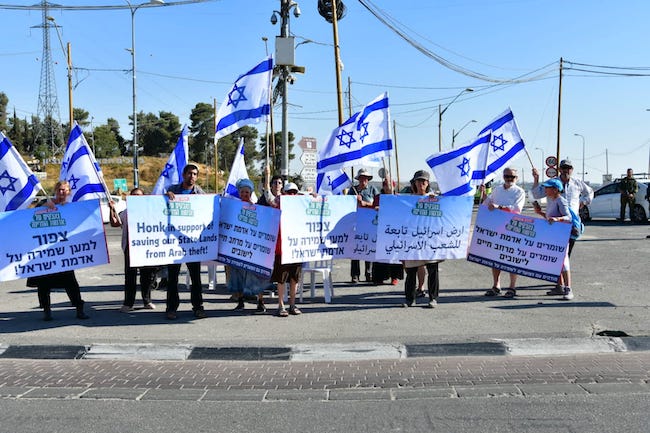 In a massive push to highlight the dangers of a Palestinian seizure of state lands in Area C of Judea and Samaria, activists and community leaders are in the process of holding 14 simultaneous marches this afternoon.

Organizers called on supporters of the ‘settlement’ movement to “stop with their feet illegal Arab control,” explaining that the “war for state lands” had moved onto a new level.

“It is our duty to do everything legally possible to stop the savage Arab invasion of Area C to stifle Jewish settlement and establish facts on the ground,” the leaders said in a joint statement and called on their supporters to join the marches set for 4:30 p.m. “Together we will head out to explore the area, to occupy the space with our feet and demand that the authorities enforce the law in the area out of a deep belief that this land is ours.”

The marches took place in all regions of Judea and Samaria, including places with illegal Palestinian construction that have long been slated for destruction, such as Khan al-Ahmar. They also marched to Evyatar, the new Yishuv being built on Jewish owned land that was authorized by the Shomron Regional Council which controls the land.