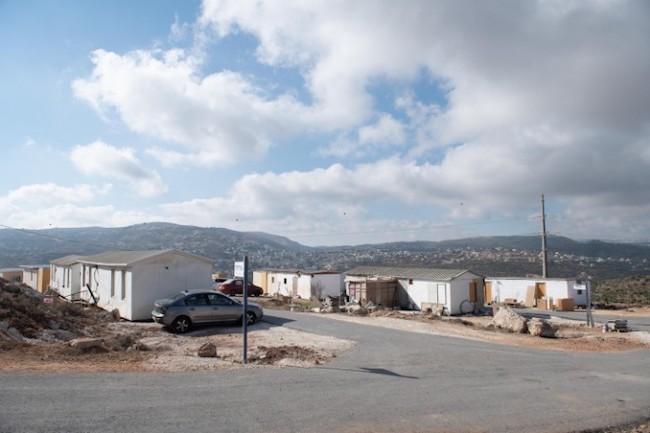 Central Command Chief General Tamir Yadai on Sunday rejected the criticism filed by Evyatar residents in Judea and Samaria regarding an order instructing them to evacuate. The criticism was submitted by the residents alongside a construction plan aimed at preventing evictions. This means that as of next week, security forces are expected to start evicting the residents and begin destroying 40 or so newly built homes.

Can Evyatar be saved? Will somebody above the General’s pay grade, say, Prime Minister Naftali Bennett, order his defense minister, Benny Gantz, to halt the destruction? (Gantz has been quoted as saying he needs no-one’s permission to destroy the new Yishuv.) There’s also the appeal to the High Court of Justice the residents are preparing. They argue that since the area is being evaluated as part of the process of turning it into state-owned land and as such available for Jewish development, the IDF should wait for the results of the evaluation. What’s the hurry?

Newly sworn in Prime Minister Bennett certainly has challenging decisions ahead of him when it comes time to rule on the fate of Evyatar. The destruction of Evyatar should be canceled. Any other solution may only be short-term and not in Israel’s best long-term interest. Any decision made should be in keeping with the goal of Sovereignty in Judea and Samaria.