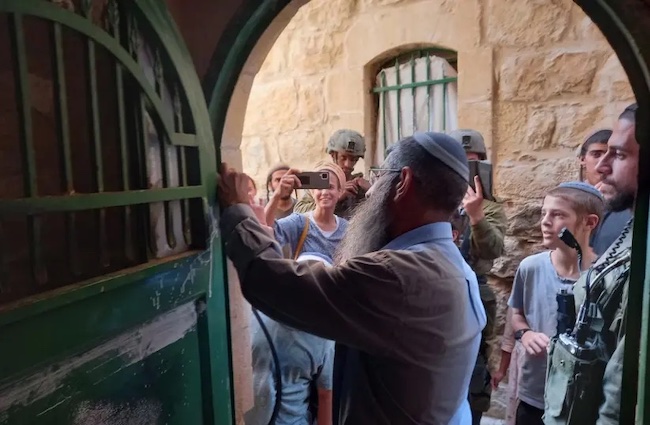 Jewish activists announced their purchase of a three-story Palestinian building in Hebron near the Tomb of the Patriarchs on Sunday. This is the second such publication of a property acquisition this year. The building has been named “House of Liberty.”

The PA prohibits the sale of property to Jews and deems it to be a criminal activity punishable by imprisonment. Yishai Fleisher, International Spokesperson For the Jewish community of Hebron assures us that the Arab seller of the property is safe.

The move is part of a long-term campaign by Hebron’s Jewish community and its supporters to expand its property holding in the section of the city under IDF military control.

This particular building is located in Hebron’s Old Town, which the United Nations Educational, Scientific and Cultural Organization inscribed on its World Heritage in Danger list and registered it under the name of the “State of Palestine.”

This is the power that Zionist activism produced and we fervently hope that this new building will lead to a continuous and expanding Jewish presence in Hebron.