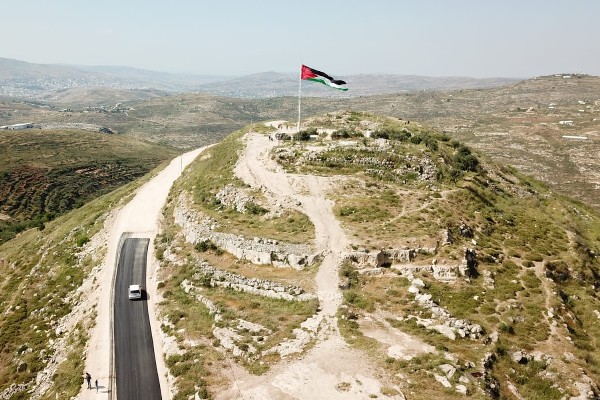 The Palestinian Authority has commandeered another archeological site in Samaria and has converted it into a “Palestinian National Archaeological Park,” the latest in a series of Israeli heritage sites in the area lost to the PA.

The PA is continuing to destroy Tel Aroma, a Hasmonean-era fortress in Samaria which it seized in February 2020 and converted it into “a Palestinian tourist site,” as part of its campaign to seize Jewish heritage sites and transform them into “Palestinian sites” while systematically demolishing archaeological findings.

Yossi Dagan, head of the Samaria Regional Council, stated Wednesday that “in recent years, we have witnessed a new type of terrorism whose goal is to harm Jewish history in Samaria. The Palestinian Authority is working to destroy any historical evidence that Samaria, along with the entire Land of Israel, belongs to the people of Israel.”

Dagan also stated that no other country in the world would allow the history of its people to be obliterated this way. Israel’s inaction on this critical issue shows its weakness and only scores wins for the PA. Israel needs to act now and start exercising its legal rights and governing all of Israel.