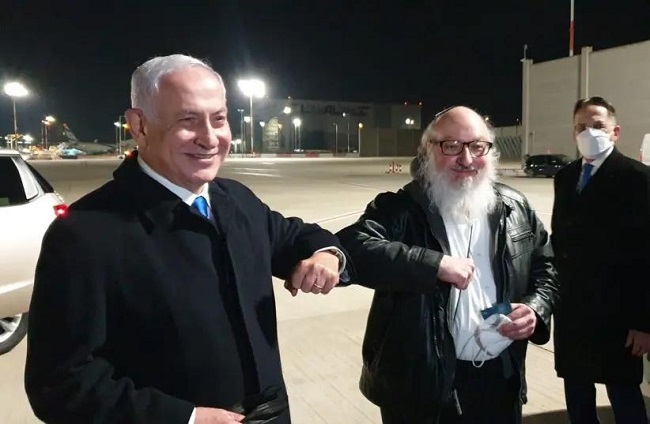 Jonathan Pollard made aliyah early Wednesday morning, landing in Israel 35 years after he was arrested for passing classified information to an ally.

He and his wife Esther arrived on the private plane of American billionaire Sheldon Adelson and they immediately kissed the ground upon arrival.

Prime Minister Benjamin Netanyahu greeted the Pollards at Ben-Gurion Airport and said the shehecheyanu (You kept us alive) and matir asurim (freeing of prisoners) prayers with them. Netanyahu said he is glad that they are home. “Now you can begin your lives anew in freedom and happiness,” Netanyahu said. “Now you are home.”