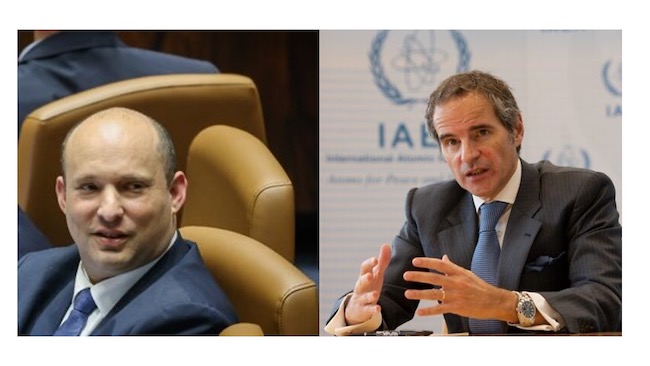 The International Atomic Energy Agency (IAEA) has adopted a resolution criticizing Iran for its refusal to cooperate with its inspectors and calls for Iran to begin cooperating with the nuclear watchdog agency.

Prime Minister Naftali Bennett praised the IAEA’s decision to pass the resolution, calling it “a clear warning light to Iran.”

Just today, Rafael Mariano Grossi, head of the IAEA, said that Iran is removing 27 surveillance cameras from nuclear sites in the country, raising the risk of its inspectors being unable to track Tehran’s advances as it enriches uranium closer than ever to weapons-grade levels. Without “continuity of knowledge,” Grossi stated “This would be a fatal blow” to negotiations over Iran’s tattered nuclear deal with world powers.”

This is the first time in two years that the IAEA Board of Governors has passed a condemnation against Iran, which further exposes its “true face.” It’s an important step but unfortunately it won’t compel Iran to cooperate. As for the “fatal blow” to the talks that Grossi mentioned, we continue to hold firm to our position that these dangerous talks be cancelled immediately. Even if they are scrapped, this still leaves the threat of Iran on the table and it’s something Israel must contend with.