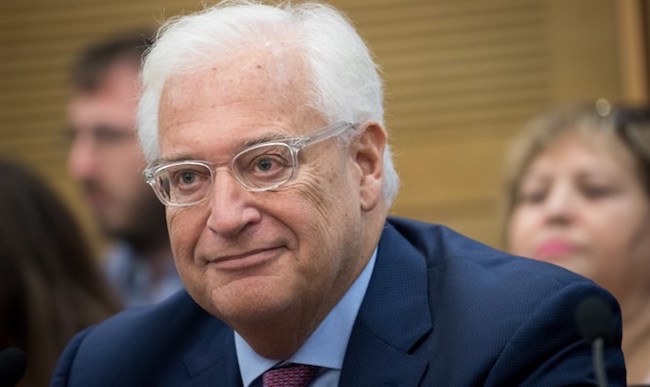 The opportunity to apply Israeli law to a vast majority of the Jewish communities in Judea and Samaria and keep full control of Jerusalem with the blessing of the US is one that should not be passed up. Under the direction of Donald Trump, Jared Kushner and Jason Greenblatt have presented a “deal” that’s too good to ignore.

Under the deal, the “Palestinians” have four years to comply with a set of very rigid requirements in order for them to get a state and the benefit of this bargain. The state will only come into existence in four years if the “Palestinians” accept the plan, if the Palestinian Authority stops its pay for slay policies, ceases all incitement to terror, and if Fatah, Hamas and Islamic Jihad put down their weapons. In addition, the deal calls on the Palestinians to give up corruption and respect human rights, freedom of religion and a free press. The benchmarks for success are laid out in detail in the deal. If ALL those conditions are met, the US will recognize a Palestinian state and implement an economic plan to assist it. We believe wholeheartedly in their inability to ever comply with these requirements.

Ambassador Friedman is not demanding that the government of Israel SUPPORT a Palestinian State. He is just pointing out that the deal calls for the prime minister to be ready and willing to negotiate with the Palestinian Authority for four years. We believe wholeheartedly in their inability to negotiate.

Yes, all of the land of Israel is the Am Yisroel’s. Yes, we must never give up any of the Promised Land. But, having the prime minister continue to negotiate for four years with an entity that could not possibly, even if it had the best of intentions, live up to their side of the deal, is not giving anything away.

Why not proceed with a deal that for the first time ever gives Israel the upper hand and apply Israeli law now to those areas that are outlined? In four years, the rest will follow.