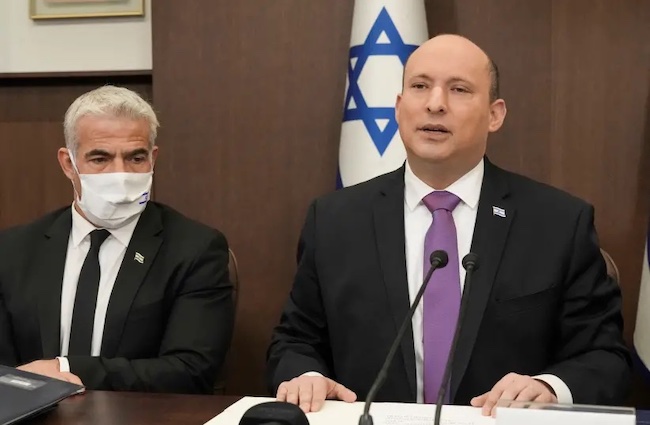 Nuclear negotiations may soon end with a deal that is insufficiently tough on Iran, Prime Minister Naftali Bennett warned at the opening of Sunday’s cabinet meeting. “The talks between Iran and the [world] powers on a return to the Iran deal are very advanced. It may be that we will see an agreement in a short time.
The apparent new deal is shorter and weaker than the previous one,” he added.

The Joint Comprehensive Plan of Action, signed in 2015, was for 10 years, Returning to it means a deal in which most of its restrictions on Iran’s uranium enrichment will expire in only two and a half years. Since 2015, Iran has advanced their enrichment capabilities significantly. Very soon, Iran will be able and entitled to develop and install advanced centrifuges, without restrictions; stadiums full of centrifuges, according to the agreement.

Yair Lapid stated, “Let me be clear: we aren’t subject to this agreement. Israel will defend itself, by itself. We have a strong Army, we have the Mossad, we have a determined government, and we won’t hesitate to act in order to prevent Iran from achieving its goal.”

As the US refuses to face the truth about the disastrous Iran deal, Israel must do everything in its power to speak out and oppose any deal. More than this, they must remain on high alert for the sake of the country’s self-defense.