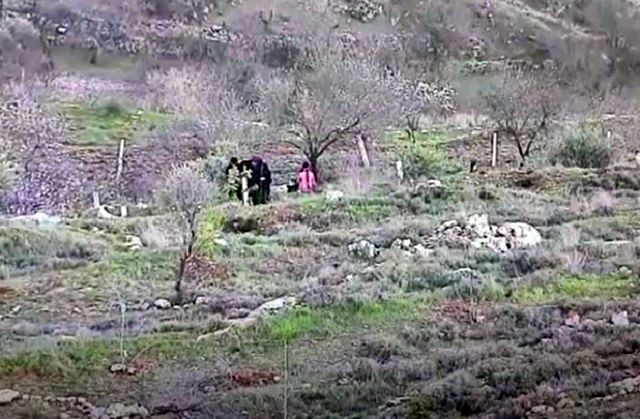 An Arab woman and four children were seen on security cameras late Monday afternoon working hard. They ripped out trees that were planted in a new park under a development outside the fence surrounding the Dagan neighborhood in Efrat.

Last Friday residents of Efrat planted 50 citrus fruit trees and 30 more trees of different types, said a spokesperson for the Dagan Slopes Project. Over the past six weeks a total of 150 to 200 trees have been planted in the area. The project began three months ago in response to the increasing encroachment on Israeli land by surrounding Arabs.

The more Jews plant and build up the land of Israel the less of an opportunity Arabs will have to claim it. The ongoing problem is to prevent Arabs from ripping up what Jews plant in the first place. This recent incident is another example of how critical the application of Sovereignty is.