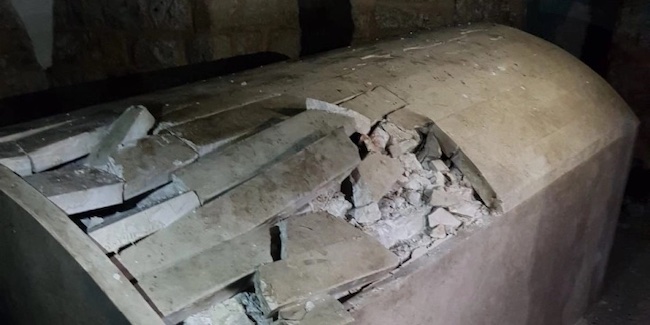 Joseph’s Tomb, a holy place for the Jewish people, was vandalized over the weekend by Arab extremists.

An outpouring of condemnation by Israeli officials followed… shock, horror, and how this latest terror attack strikes at the very heart of “…deeply-held feelings of the Jewish people.” Jonathan Pollard in a statement zeroed in on the real problem as to why this happened: “I am absolutely disgusted at how our government first abandoned the Kever years ago and has left it vulnerable to repeated acts of vandalism by PA inspired mobs over the years. Enough!”

Pollard went on to say, “Both the Kever and a wide access route to it must be immediately secured by the IDF and formally annexed by Israel.” That means there is an urgent need to apply Sovereignty. Without it, Israel’s heritage remains threatened.