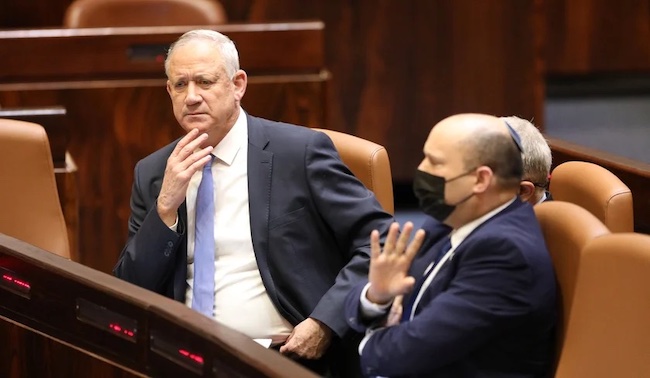 Defense Minister Benny Gantz confirmed that the Supreme Planning Council will meet immediately after Passover to approve housing units for construction in Judea and Samaria.

Following Idit Silman’s resignation from the coalition, Bennett-Lapid officials have asked lawyers to formulate agreements with the Joint Arab List, according to Channel 13 News correspondent Ayala Hasson. The Joint List would not join the government but would vote in favor of a number of legislative proposals and the next state budget, ensuring that the current 60-60 tie between the coalition and opposition does not kill the government’s legislative agenda and that a failure to pass the budget which would trigger new elections does not occur.

With that said, we have reason to be very concerned and can say with certainty that Prime Minister Naftali Bennett is a threat to the State of Israel. MK Miki Zohar from the Likud responded on his Twitter account: “Coalition with the Joint List? Apparently Bennett has lost it.”