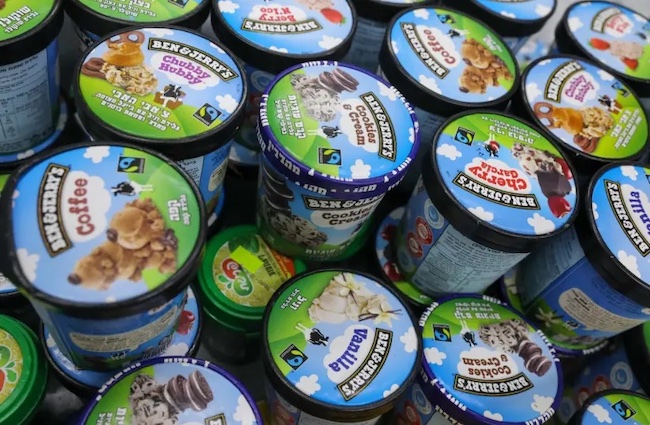 Any Unilever plan to restrict Ben & Jerry’s ice cream sales solely within the pre-1967 law would run afoul of the county’s anti-boycott law. This declaration was made on Sunday by Avi Zinger the CEO of the Israeli franchise of the global ice cream company. “There is no legal possibility to continue selling in Israel without selling in Judea and Samaria,” Zinger stated.

Zinger has pushed for Israel to apply the anti-boycott law to Unilever. Israeli anti-boycott legislation from 2011 is designed to prevent action against Judea and Samaria taken by companies like Unilever. Critics of the government point out that 35 US States have instituted anti-BDS legislation while the state of Israel has not enforced its own. The matter needs to go before the Knesset’s Law and Constitution Committee, a step that could happen in the coming weeks.

Judea and Samaria belong to Israel – a Whole and Sovereign Israel. Any company that allows a boycott of any part of the country is violation of Israeli law. This a law that must be enforced!