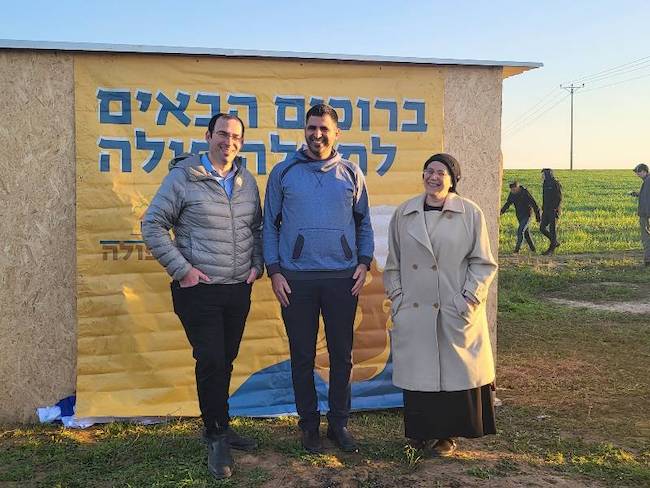 A new Jewish community was established in the Negev Wednesday night, near the Bedouin town of Rahat and Kibbutz Shoval called Ma’ale Paula. it is named after Paula Ben-Gurion, wife of Israel’s first prime minister.

Residents said they built “Ma’ale Paula” in response to the state’s refusal to deal with illegal Bedouin construction in the area.

Yesterday, Regavim called upon the Israeli government to evacuate Ma’aleh Paula. They urged the government to “act quickly and resolutely to evacuate ‘Ma’aleh Paula,’ the outpost established in the Negev last night, along with all of the other illegal clusters in the Negev, where some 3,500 new structures are added each year.” Meir Deutsch, Director General of Regavim, added: “Today, as we do every day, we remind you that the only thing worse than no enforcement is selective enforcement.”

With only four people who established Ma’ale Paula, it’s laughable that an “evacuation” in just 24 hours was necessary. However, it illustrates a government that seems hell-bent on maintaining a lack of governance and employing tactics that prevent only Jewish development and growth on legally owned state land. Nevertheless, we say, “Bravo,” to the brave foursome and all others who stand up for Israel’s legal right to build up its land and the application of Sovereignty.

Welcome to Ma’ale Paula, Population 4 MKs, Some Zionist Activists, on the Outskirts of Bedouin Town, by David Israel/Jewish Press, February 8 2022