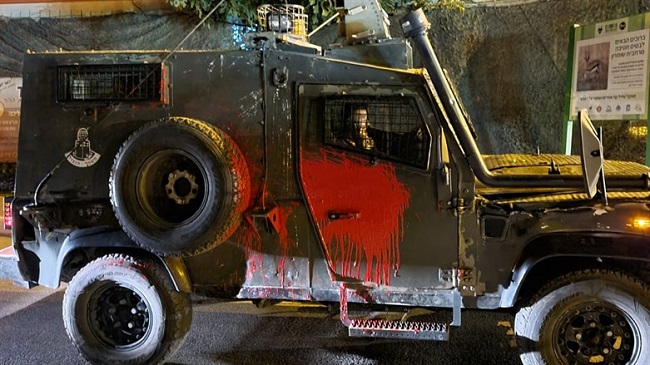 “The settlers in Judea and Samaria have been suffering from violence and terrorism, every day, for decades. They are the defensive wall of us all and we must strengthen them and support them, in words and deeds,” Bennett wrote on Twitter.

At the initiative of Defense Minister Benny Gantz, work will be carried out to recruit hundreds of additional IDF soldiers to the police for staff positions in order to add hundreds of police officers to the Judea and Samaria District. Bear in mind, one of the purposes is to address nationalistic crime allegedly committed by those termed Jewish extremists.

This is another in a series of disturbing trends we see with Bennett. Saying one thing and doing the opposite. Rocks and firebombs thrown at Jews, attacks against the IDF, Jews murdered by Arabs….Israel’s security and the safety of Jews in Judea and Samaria is under attack by Bennett’s coalition. Fighting against Jews is clearly a part of Bennett’s agenda. Bennett is now the enemy of his own people.

Sources:
Hundreds of police to be added to fight settler crime, by Israel National News, December 14, 2021

Bennett: Settlers are our defensive wall, don’t generalize about them, by Israel National News, December 14, 2021