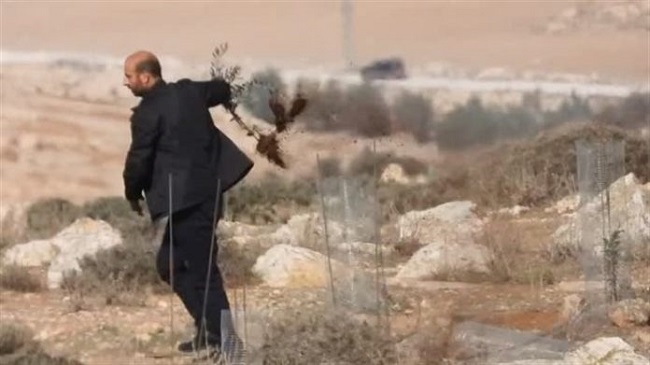 Palestinian Arabs were filmed on Wednesday deliberately uprooting olive trees that were planted by Jewish residents of the Mount Hebron Regional Council.

Criticism of Israel’s government being the root of this problem was swift and harsh. MK Bezalel Smotrich said, Omer “Barlev’s incitement at work. Arabs uprooted a vineyard planted by Avigayil’s residents before the shemita. Barlev was there yesterday with the police commissioner to give a boost to terrorism and the Arabs’ struggle against the settlers while adopting the false narrative of settler violence.”

Im Tirtzu’s Matan Peleg added, “…..while the founder of Peace Now and the minister of incitement against the settlers were busy inciting against them, the Palestinians on the ground are responding to him and taking over the territory.”

We remain alarmed by the hostility to Jews coming from Prime Minister Naftali Bennett’s government. MK’s who incite harmful words against their own people or use “settlers” to win votes, land grabs by Arabs out of control, appeasing Arabs time and again, Jews in Judea and Samaria still living under Ottoman Law. This doesn’t sound like a government that has Israel’s best interests in mind. Bennett clearly cannot be trusted. He is a threat to Israel’s safety, survival and sovereignty. And that’s the nicest thing we can say about his destructive “leadership.”