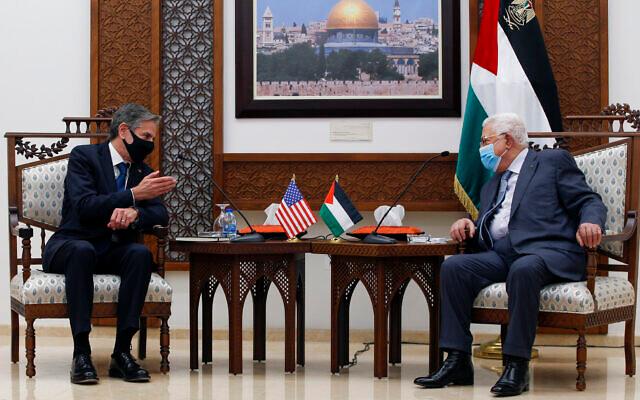 It’s been seven months since US Secretary of State Antony Blinken notified Palestinian Authority President Mahmoud Abbas of the Biden administration’s plan to reopen the US Consulate in Jerusalem. Despite this, Washington has yet to produce a timeline for when it plans to see the move through.

A US diplomat, a former senior US official and another source familiar with the matter told The Times of Israel this week that the Biden administration has effectively shelved its effort to resurrect the mission to the Palestinians shuttered by former president Donald Trump in 2019.

Trump’s 2019 decision didn’t fully close the Agron Street building. PA diplomats have continued working there under the new name, Palestinian Affairs Unit (PAU). It must also be noted that the PA is reporting directly to Washington – cutting out the Israeli embassy.
Any building that is allowed to exist where the PA can continue to facilitate its demonizing and terror based “perspective” against Israel should be closed permanently. It’s that simple. If it walks like a duck and quacks like a duck…well, let’s just call it a de facto mission. It should NOT be permitted to operate against the wishes of the sovereign state of Israel!

Source:
US holding off on reopening Jerusalem consulate amid strong pushback from Israel, by Jacob Magid/Times of Israel, December 15, 2021