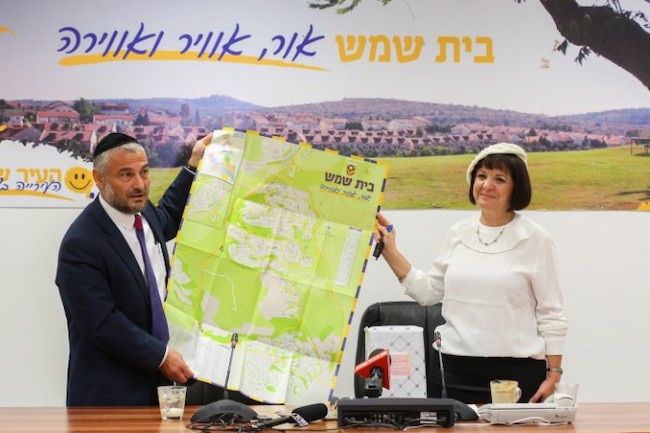 As Beit Shemesh celebrates its 70th anniversary, its municipality has announced a large-scale renovation operation of the old streets of Beit Shemesh and the Haredi neighborhood of Heftziba. The expected cost is tens of millions of shekels and work is expected to start in the coming weeks.

Beit Shemesh, population 130,000, is undergoing a large-scale expansion, with a yet to be approved master plan aiming to grow the city to 360,000 residents. The plan aims to develop the city’s oldest neighborhoods, built in the 1950s. This will include demolition and reconstruction of existing buildings, adding buildings, and giving a facelift to public spaces.

Beit Shemesh Mayor Aliza Bloch said, “This is a historic step as part of the policy of strengthening the old neighborhoods and renewing them, which is one of the anchors of the city’s master plan, which has been formed and will lead to the development of the city in the coming years in transport, industry, and employment. Only implementing these targets will enable support for enlarging the number of residents in the city.”

This is the kind of news that we like hearing! Building, developing, expanding and growing Israel’s Jewish communities in Judea and Samaria.