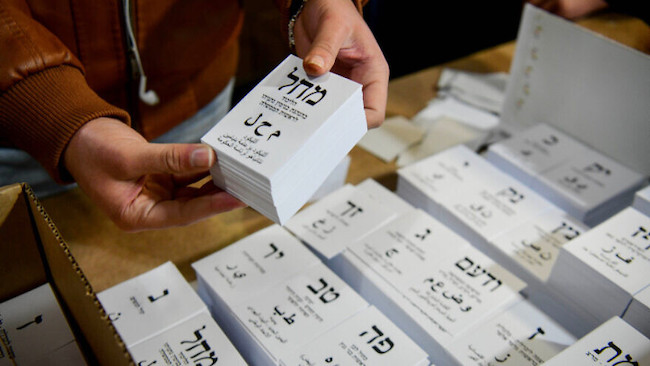 The final polls conducted until the Friday before Election Day on Tuesday, March 23, all suggested continued political deadlock. Neither the anti- nor the pro-Netanyahu blocs are expected to receive 61 seats in order to form a government.

Naftali Bennett’s Yamina Party, however, which is currently not committed to either bloc, could give the anti-Netanyahu parties a coalition.

The final poll broadcasted by KAN Channel 11 gave Netanyahu’s Likud Party 31 seats, followed by Yesh Atid with 19 seats, New Hope and Yamina tied for the third largest party with nine seats each, and the Joint List is stable at eight. The ultra-Orthodox Shas Party also has eight, while United Torah Judaism (UTJ) and Yisrael Beytenu have seven seats each.

Labor and the Religious Zionist Party received five seats each, while Blue and White, Meretz and Ra’am crossed the electoral threshold with four seats each.

The above polls, plus a number of other polls done by various outlets, will be the last before the election on March 23 in accordance with Israel’s election campaign laws.

AFSI prays this election is the one that sticks. After a string of many elections Israelis have gone through over the last two years, we trust that the winner will secure the necessary 61 seats needed to form a government. We also look forward to Israel’s new Prime Minister moving the country forward, specifically in applying Sovereignty over Judea and Samaria.