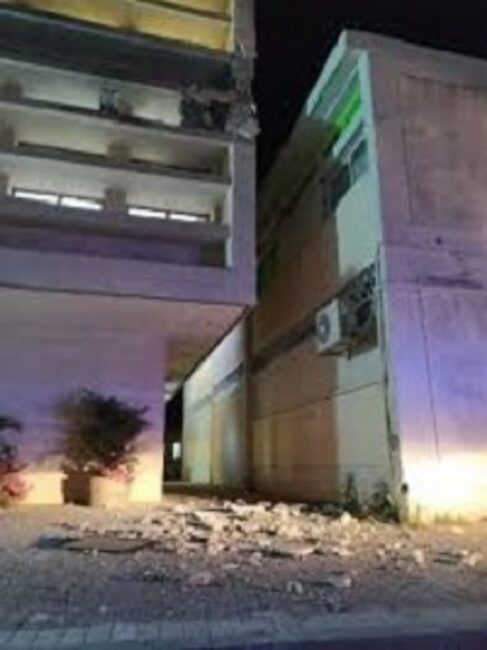 A Red Alert in southern Israel was sounded Thursday as a rocket hit the Sderot Hesder Yeshiva. Thankfully, the building was empty at the time and there were no injuries, however the building suffered extensive damage.

“As I have said in the past, this situation cannot continue. Only a military operation will bring quiet to our area. Our dear citizens are entitled to raise their children in a quiet and routine manner, like the rest of the country.” ~Sderot Mayor Alon Davidi

Original reporting by media sources incorrectly stated that the Sderot Chabad Yeshiva was struck by the rocket attack. It was the Sderot Hesder Yeshiva. This is where the AFSI Chizuk mission spent a Shabbat a few years ago, and which honored Judy Freedman Kadish at their April 10 dinner in New York City. Rabbi Dovid Fendel , the head of the Yeshiva, is a close friend of AFSI.

We have a lot of thanks to G-d. ~Rabbi Dovid Fendel