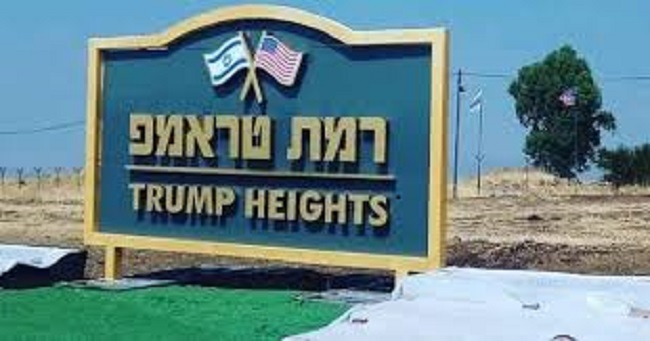 On Sunday, as an expression of Israel’s deep gratitude to President Donald J. Trump, the Israeli cabinet began the process of moving toward establishing a new community on the Golan Heights called Ramat Trump (Trump Heights).

This action comes only three months after President Trump recognized Israel’s Sovereignty over the Golan Heights.

“We are proud to have the opportunity to establish a new community, and also to honor a big friend,” Prime Minister Benjamin Netanyahu said at the opening of the special cabinet meeting held on the Golan Heights.

AFSI’s recent Chizuk Mission went to the location while the name was being debated. We’re happy to see the decision was made.