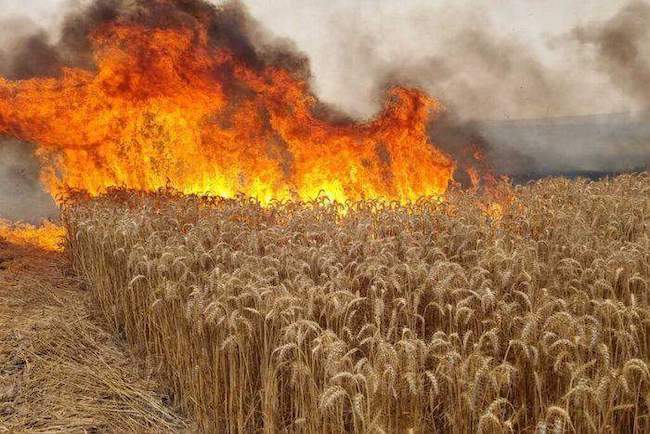 For the Jewish communities near the Gaza border, this week started with 10 fires, as southern Israeli was up in flames from Ashdod to Eilat. Fires are to be expected in Israel as the temperatures rise and the air becomes dry. But those 10 fires along the Gaza border—and more are expected this week—are the result of incendiary balloons shot over from the Gaza Strip, according to firefighting services.

All fires started within the Eshkol Regional Council area. The Nature and Parks Authority reported that large parts of the Be’eri Nature Reserve caught fire. The Be’eri Forest covers about 2,700 acres. It was planted by the founders of Kibbutz Be’eri in 1946. It is now mostly scorched earth.

“We returned to the routine of fires after a break, it is very disturbing,” Maayan Schneur Fuld from Kibbutz Netiv HaAsara said. “We are in early summer, the whole area around us is on fire, from every vantage point in the area we see fires. We’re afraid we’re going back to the days when we were running from one fire to the next.”

Rafi Babian, Sdot Negev Council Chief of Security, noted, “There are deployments of security and firefighting forces in the area, including Military Ongoing Security Coordinators (Ravshatzim) that are prepared for any fire scenario. The fires are returning.”

Source:
On Sunday the Arabs Burned Down 2,000 Acres of Israeli Forest Near Gaza, by David Israel/Jewish Press, May 10, 2021