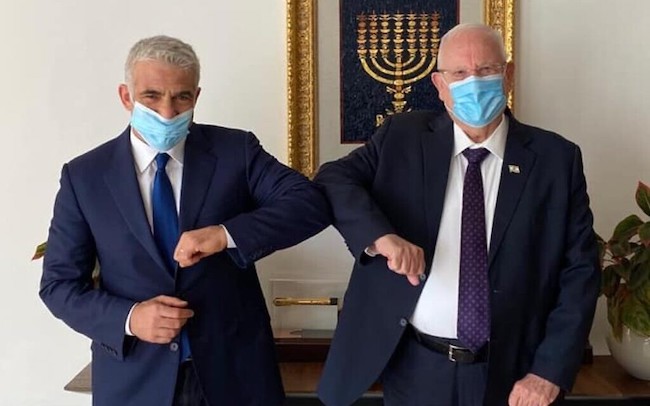 Netanyahu, Israel’s longest serving leader, has been fighting to hold onto office through four inconclusive elections since 2019. His 28-day mandate to put together a coalition ran out at midnight after he failed to agree on terms with potential right-wing partners. This opened the way for Rivlin to assign the task to another member of parliament. Now Lapid has 28 days to form a government.

Rivlin, in a televised address announcing his choice of Lapid, said the former finance minister had the pledged support of 56 of parliament’s 120 members, still short of a majority.

“It … became clear that Yair Lapid has the possibility to form a government that will win parliament’s approval, but there are many difficulties,” Rivlin said.

Never before have we seen an ongoing political crisis in Israel such as this. The next possible scenario is that Lapid forms a rotation with Naftali Bennett. Both Lapid and Bennett must pull together a majority coalition from an unlikely mixture of parties across the political spectrum. This includes the Islamist Ra’am party, which complicates everything. More important is that it raises the question of how stable such a government would be to begin with. That has us concerned.

Source:
President taps Lapid to form gov’t despite lack of majority, by Reuters and ILH Staff/Israel Hayom, May 5, 2021