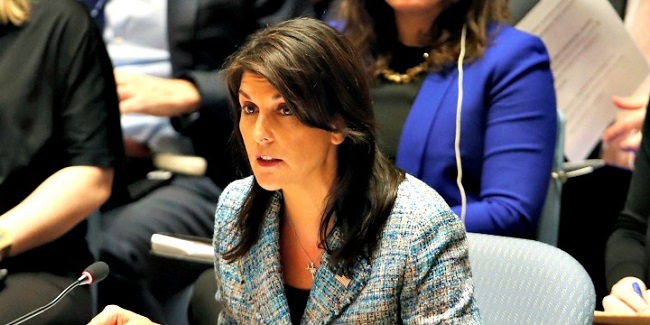 Thank you former US Ambassador to the United Nations Nikki Haley!

The UN Economic and Social Council resolution was approved by a 40-2 margin, with nine abstentions. Among the countries that voted yes were those known for their notorious and often misogynistic policies that deny basic rights to females.

The Algemeiner writes that much of the resolution, which only the US and Canada voted against, did not deal with women’s rights at all, but instead spewed anti-Israel rhetoric, accusing the Jewish state of numerous crimes and alleged violations of human rights.

Different subject and still standing for Israel:
Haley tweeted earlier today, “This is Exactly why we stopped their funding.”
Reports top officials of UNRWA engaged in “abuses of authority for personal gain, to suppress legitimate dissent and to otherwise achieve their personal objectives”. Read the Jerusalem Post story HERE.