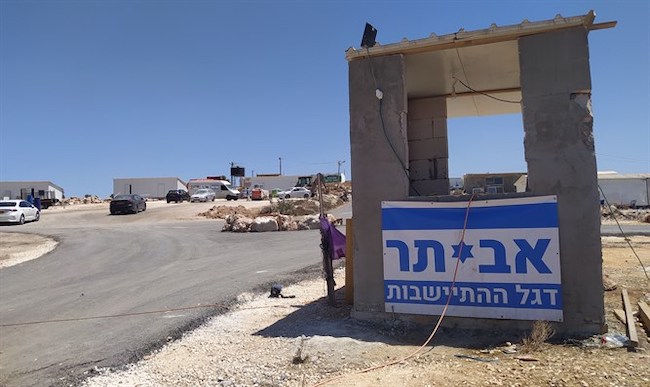 Prime Minister Benjamin Netanyahu asked Defense Minister Benny Gantz to delay the evacuation of the Samaria community of Evyatar until next week. Next week is when the next government is to be sworn in.

Sources in Judea and Samaria say the move is designed to prevent one of the last acts of Netanyahu’s government to be the destruction of a Jewish community.

Netanyahu prefers to hand over the decision to the designated prime minister, Naftali Bennett. Bennett is not expected to rush the order to demolish Evyatar, to either regulate the community or find a solution for the dozens of families who have moved to the new community near the Tapuach junction.

Defense Minister Benny Gantz told Netanyahu that he does not require anyone’s permission to evacuate the town of Evyatar in Samaria.

While the politicians take political jabs at each other, the potential demolition of Evyatar represents the loss of another Jewish community built on legally owned Jewish Sovereign land. When will Sovereignty be declared? The fact that all of Judea and Samaria is still under Civil Administration leaves us concerned for Israel’s future.