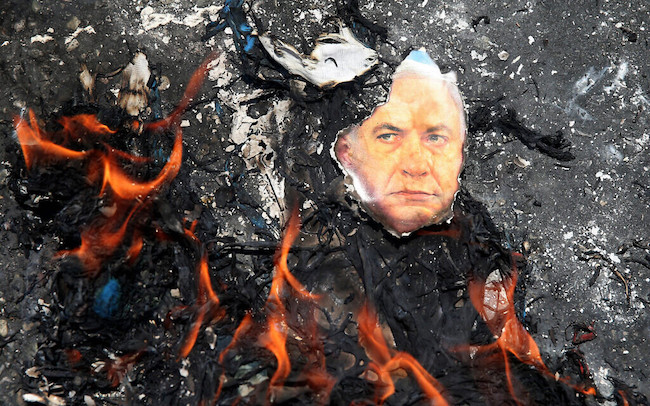 As the Obama administration negotiated the Iran nuclear agreement behind closed doors in 2015, a frequent argument employed by officials to dismiss Israeli critics of the process went as follows: “You don’t know what’s in the deal, so how can you already be objecting to it?”

The retort angered many in the Netanyahu government, who demanded involvement in crafting an accord they argued would ultimately impact them more than the US and the other negotiating powers who were situated thousands of miles away from the region.

Then along came President Donald J. Trump, who reversed course and pulled the US out of the horrendous Iran Deal.

Leaked comments indicate that Prime Minister Benjamin Netanyahu is readying for battle over Biden’s insistence on rejoining the nuclear pact, even as Washington says it will hear Israeli concerns.

Netanyahu is a vociferous opponent of the Joint Comprehensive Plan of Action, “JCPOA” and appears to prefer keeping re-imposed sanctions in place until the Iranians agree to completely dismantle their nuclear program. At the very least Israel wants to be part of the group coming back to the table to negotiate an improved deal that will address all of her concerns.

Biden and his aides don’t view Netanyahu’s strategy as realistic or productive. But in saying they will hear Israel out,, they appear to be offering Israel a chance to be heard at the start of negotiations.

Source:
US wants to hear out allies on Iran. Netanyahu girds for fight unless it listens, by Jacob Magid. Times of Israel, January 25, 2021