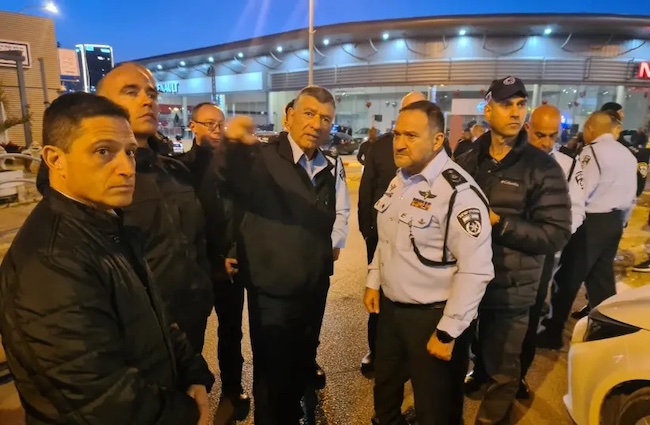 The terrorist attack in Beersheva is still fresh in our minds. Thanks to the bravery of two men this week, by the time law enforcement showed up, the threat had been eliminated. Though there is some dispute about how long it took cops to arrive, it is clear that none had been stationed in the targeted area, the One Plaza mini-mall, prior to the incident.

As if the absence of security forces weren’t bad enough, the saviors who took out the terrorist were summoned by police and had their guns confiscated for ballistic examination. This despite video footage of the shooting from every angle.

Though the interrogation and temporary removal of the weapons was standard procedure, the investigator’s dismissive and rude treatment of “anonymous” was outrageous. Rather than hailing the citizen as a hero, the officer practically had him arrested for refusing to leave the premises until his weapon was returned.

We believe systemic change is needed and our heroes should not be subject to rude and unnecessary interrogation and confiscation of their guns. Whose country is this anyway?

Source:
Carnage in Beersheba and a badge of dishonor – opinion, by Ruthie Blum/Jerusalem Post, March 24, 2022