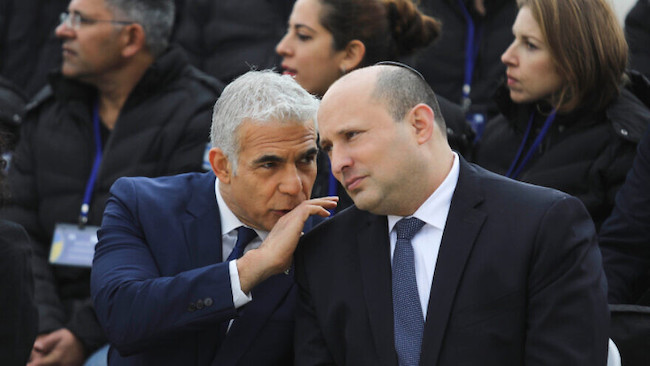 As far as Israeli Prime Minister Naftali Bennett is concerned, there’s no point in getting into a fight you can’t win. Given the Biden administration’s unshakable commitment to cutting a deal with Iran that will revive the 2015 nuclear agreement, he’s right that the chances of stopping this disaster from happening are slim and none. But while he may think he’s saving himself a lot of trouble and perhaps even gaining some credit with President Joe Biden to cash in during a future crisis, giving up even before the battle has even formally begun is not the wise strategy he thinks it is. More importantly, his decision will have implications not just for Israel, but for Americans who wish to mount a campaign against this policy or to reverse it that he and friends of the Jewish state will have good cause to regret.

We believe, as this article indicates, that Israel MUST go on record as standing steadfast against this “agreement”. We also have to make demands on the US government to treat this as what it is a treaty, uphold the Constitution and give it full consideration.