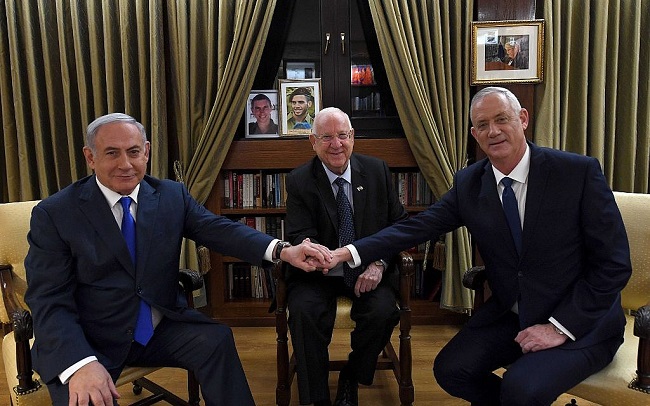 Today is one week since the elections in Israel were held. Here is the latest update.

As of yesterday, Arutz Sheva reports that yesterday all representatives of the major parties (including the Joint Arab List) came to President Reuven Rivlin’s home – one by one- to declare their recommendation for who should lead the next government.

This morning, representatives of the smaller parties submitted their recommendations.

Now that all recommendations have been received, President Rivlin will decide who to give the mandate to form a coalition first. The Jerusalem Post reports that a meeting with Rivlin, Netanayhau and Gantz was set for 6:30 pm today, Israel time, at which it should be decided who will form the next government.

Netanyahu did not lose, and Gantz did not win ~Caroline Glick

‘Deal of the Century’ to be significantly delayed ~Nitsan Keidar