Rabbi Benny Alon passed away after a long illness. Rabbi Elon served in the IDF artillery corp, was appointed as head of the religious kibbutz movement’s branches in the Beit Shean Valley in northern Israel, and served as a rabbi at a number of yeshivot, including the hesder yeshiva of Maale Adumim, Machon Meir, and Ateret Cohanim in the Old City of Jerusalem.

In 1990, he and Rabbi Chanan Porat established the Beit Orot Yeshiva on Mount Scopus. He entered politics and was a Member of Knesset and Tourism government minister as head of the Moledet Party.

The 2002 “Elon Peace Plan” called for annexing Judea and Samaria, granting Jordanian citizenship to the Arabs living there, and making Jordan the Palestinian State, a position gaining greater traction in Israel today.

Prime Minister Netanyahu spoke eloquently of Benny Alon, saying “The Rabbi was a man with a pleasant temperament, who worked in his public life both inside and outside the Knesset for the nation of Israel, the Torah of Israel, and the land of Israel. May his memory be a blessing.”

Jordan is Palestine – An Idea Whose Time Has Come (Again) 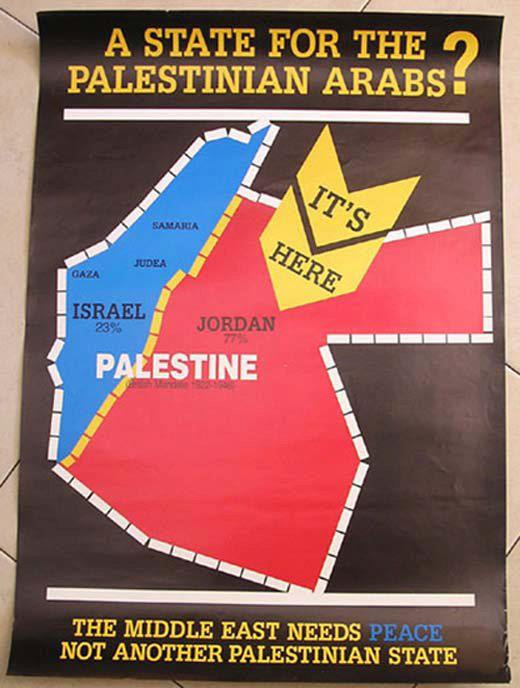 As mentioned above, Rabbi Benny Elon z”l, was a proponent of the two-state solution. He called for annexing Judea and Samaria, with Jordan being the Arab Palestinian state. This idea has run hot and cold over the years, yet makes sense based on Middle East history, and the current geopolitical and demographic situation.

It is certainly time to consider this approach now, as President Trump appears to believe he can tackle the “Arab-Israeli conflict” and has signaled he is making it one of his top priorities, even with many other problems around the world of far greater severity.

The logic behind this approach is spelled out in Moshe Dann’s article in Ynetnews, and can be read here: Paradigm shift on a two-state solution